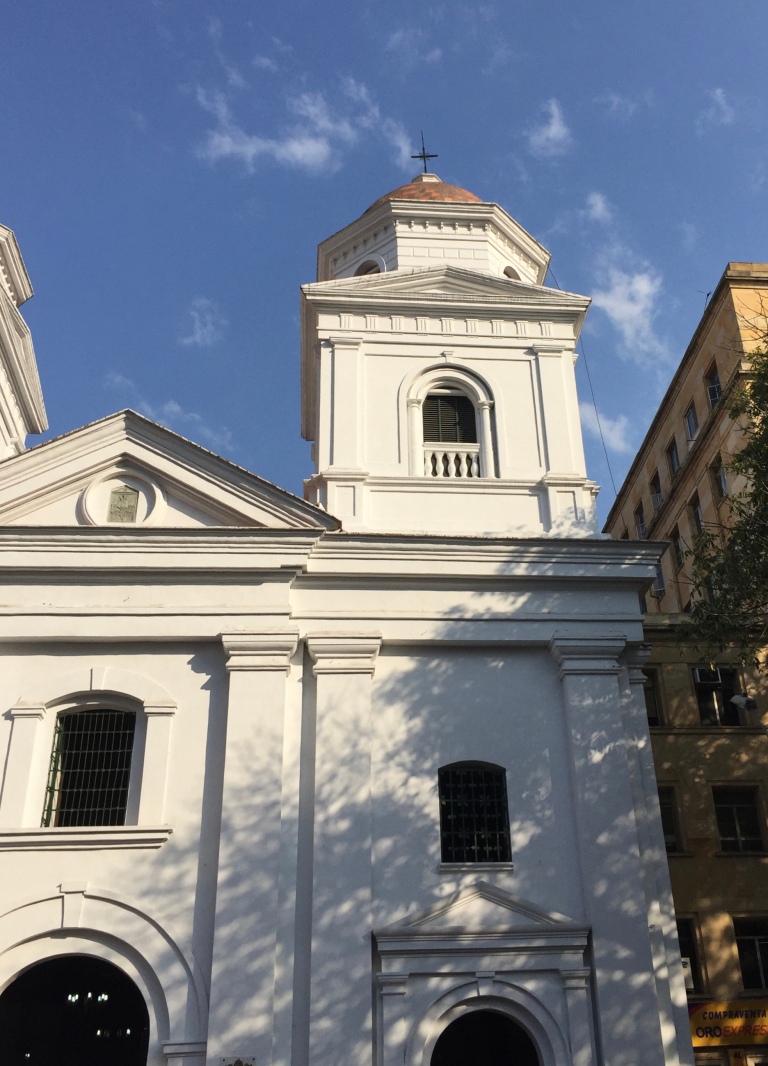 I grew up in the Bible belt of rural southeast Texas in an Evangelical charismatic faith during the 1970s. The services were emotional and I remember seeing my grandfather cry nearly every Sunday. He had the bluest eyes — the color of clear sky.

My dad always told me a real man is never ashamed of crying, which is a good thing because I cry easily. It must be genetic.

Two months ago, while traveling in Medellin, Colombia, I visited a series of churches, including the Nuestra Señora de La Candelaria Basilica, the oldest one in the city. 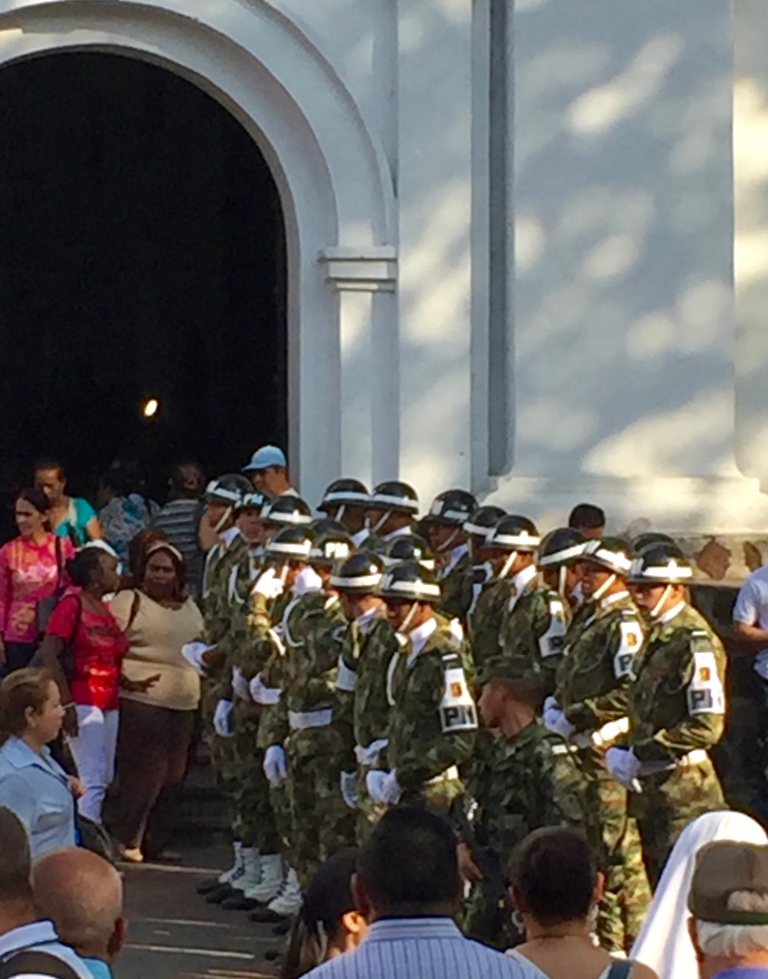 The huge front doors were flanked by a dozen young men wearing military garb with white turtlenecks and gloves. They wore helmets with “MP” printed on the front. From a distance, they seemed imposing but when I drew closer I saw they were incredibly young; some of them appeared to be 16 years old. They were conscious of being watched and pressed their sleeves with their hands, tucked in their (already tucked in) shirts and adjusted their helmets. They were clearly proud of their uniforms and wanted to look good.

I used broken Spanish and hand gestures to ask why the church was being guarded, but the passers-by couldn’t understand me.

Inside the huge sanctuary, the Mass was already underway. Every pew was taken. The overflow church-goers stood in the aisles, along the sides and at the back. I positioned myself near an empty holy water font.

On the platform, a priest polished a communion goblet. To his right stood a large shrine. Five boys stood guard, dressed in the MP uniforms like those at the entrance.

The priest spoke then paused for the congregation to say Amen. Then a little girl, no more than six years old, took her place beside the priest and began to sing into a microphone. Her self-assurance and clear voice caused everyone to become still and listen.

Old women near me started dabbing at their eyes, and I felt a lump in my throat. Is there anything more beautiful than hearing the earnest singing of a child?

I looked around at the hundreds of people on that Tuesday afternoon. Some of them were dressed in fine clothes, but they were far outnumbered by those who had just left their manual labor jobs. Men wearing jeans and khaki work-shirts closed their eyes and bowed their heads; a mother near me patiently helped her child kneel properly. Two old women with their heads covered and black shawls pulled tightly across their thin shoulders moved their lips, praying quietly.

There’s an undeniable power in the process of sharing a common experience. I didn’t need to understand the language or the order of the service to recognize what happens when we gather in a single place with other people. It gives us a glimpse of what is fundamentally true: we are connected by our common humanity. At that moment I felt keenly aware of the fragility of life and of our efforts — all of us —  to understand the world and discover our place in it.

I was glad I had a handkerchief in my pocket.

2 thoughts on “The Sacredness of Common Experience: Medellin, Colombia”